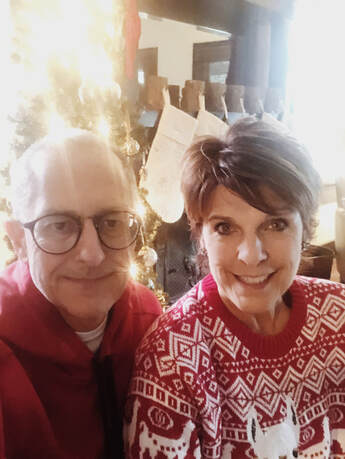 Brian practiced law for 10 years, then operated a software design business for five years before being called into vocational ministry in 2000. In addition to his J.D. Degree, Brian studied theology at Trinity Evangelical Divinity School. Michelle holds a degree in Communications with a minor in Romance Languages. In their work with couples and families, Brian and Michelle bring hope to seemingly hopeless situations through the application of Biblical wisdom and their own life experiences.

In early 1996, nearly 12 years into their marriage, Brian and Michelle faced a crisis. Brian was battling alcoholism as well as engaging in an extra-marital relationship. Their marriage was at a breaking point and looked, to the outside observer, to be hopeless when Brian walked out on his family three days before their youngest son was born.

But God had other plans. Almost immediately Michelle recognized she was lost and needed help. At that point she entered into a relationship with God through faith in Christ. With three children under 10, including a new-born, Michelle sought help from family and relied on God to give her wisdom and strength. She felt God telling her not to give up on the marriage. So, against all odds, she decided to fight for her marriage.

At the same time, Brian was convinced the marriage was over, even as his life spiraled further into the despair and hopelessness of alcoholism and pursuit of a harmful relationship. But again, God had other plans. In utter misery, Brian finally decided to seek help for his alcoholism about a month after having left his family. As he began to get sober, Michelle continued to reinforce her desire to save the marriage, while at the same time establishing specific conditions Brian would have to meet in order to move back home.

Still not convinced he wanted to be married, but finding only despair and hopelessness where he was, Brian choose to comply with Michelle's conditions and moved back home. Sober and back at home, Brian was still lost and searching, finding it difficult to do the hard work that was necessary to repair the marriage. Finally, in June of 1996, Brian came to the same conclusion Michelle had three months earlier. God was necessary to make this work. At that point, Brian entered into a relationship with God through faith in Christ.

And that proved to be the real starting point for the long journey back to trust, love and satisfaction in their relationship. Both will tell you it wasn't easy, it took time, and there were moments when they wondered if it would work. But both would also tell you it was more than worth it. By God's grace, Brian has found freedom from the desire for alcohol and a new-found understanding about the nature of real love. Michelle has learned much about what it takes to forgive and rebuild trust in a broken relationship.

As a result of what God has brought them through, Brian and Michelle believe they have an obligation to help other couples and families. They don't claim to have all the answers, but they do understand the pain of broken trust and lost hope. And they believe that, with God, all things are possible in your family.